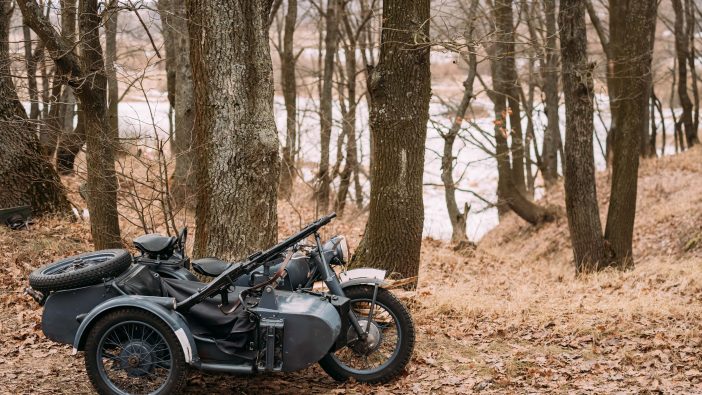 The Most Famous Escapes In History

Whether performed by prisoners of war, imprisoned gangsters, adventurers, or royalty, the most famous escapes in history are nothing less than inspiring.

Many of the elements that went into those great escapes form part of the escape room experience at Omescape London. We’re sure that reading about them will inspire you to see if you are capable of similar feats, even if the setting is quite different to a POW camp or a maximum-security prison!

Stalag Luft III, one of the Luftwaffe’s most notorious prison camps for Allied airmen, was thought to be inescapable. In 1944, 76 prisoners of war proved the Germans wrong in an event known as the Great Escape.

The Germans dug a trench around the camp, placed the prison huts on stilts so they could spot suspicious digging, and planted seismographs in the ground to detect tunnelling activity. However, those efforts were no match for the brain power of what was known as the Escape Committee. Headed by South African Roger Bushell, the committee, drawn from almost 10,000 military-trained POWs, included carpenters, engineers, geologists, miners, and physicists who were determined to escape.

In 1943, Bushell conceived a plant to dig three tunnels known as Tom, Dick, and Harry. Each tunnel was to be 30 feet under the earth to avoid the seismographs. The POWs used trolleys to remove the dirt while digging, hid the dirt in their trouser legs, and dumped it surreptitiously around the grounds. Some prisoners who weren’t involved in digging the tunnels stood guard at the entrances and covered for those who were underground.

On 24 March 1944, 76 POWs made a bid for freedom. Sadly, only three managed to escape successfully. The rest were captured by the Germans, who sent 15 of the men back to the prison camp. Eight men were sent to a concentration camp (but survived the war), and the remaining 50 were shot on Hitler’s orders. Bushell was among those who were shot and cremated. Hitler also ordered that POWs had to scatter their ashes in the campgrounds to deter other prisoners from trying to escape.

Despite the limited success of the plan, we can’t fail to be impressed by the incredible teamwork, ingenuity, timing, patience, and courage it took to realise the plan.

In 1953, Englishman Alfred George Hinds was imprisoned at Nottingham Prison for a robbery he claimed he didn’t commit. Not willing to serve his sentence, Hinds memorised the shape of a prison key and made a copy of it in the prison workshop in 1955. He unlocked the door and climbed the 20ft-high wall before making his way to a truck provided by a friend. Hinds was re-captured eight months later.

Nicknamed ‘Houdini Hinds’ by the press, Hinds made his second escape on the day he was taken to court to dispute his arrest. His accomplices smuggled a padlock into the courthouse and attached screw eyes to the door of a toilet cubicle. Hinds asked the two police officers guarding him to take him to the bathroom, where they removed his handcuffs. As soon as he was free, Hinds and a waiting friend pushed the officers into the cubicle and used the padlock to lock them in it. He was recaptured at an airport five hours later.

Hinds was sent to Chelmsford Prison, which is where he made his third famous escape less than a year later. He made a copy of a bathhouse key, climbed out of a skylight, and over the prison wall, where a friend was waiting in a car. Hinds fled to Ireland, where he worked as a used car salesman under a false name for eight years until he was stopped and arrested for driving an unregistered car. Hinds was returned to England, where he served the rest of his sentence in Parkhurst Prison. The famous escapee joined MENSA after his eventual release from prison.

None of Hinds’ three famous escapes would have been possible if it wasn’t for creativity, impeccable timing, his impressive memory, and teamwork. He certainly got by with a little help from his friends!

Best known for his sexual exploits with women, Giacomo Casanova was an Italian adventurer who also performed one of the most famous escapes in history. In 1755, Casanova was sentenced to five years imprisonment in Venice prison the Leads for adultery; a prison sentence he had no intention of completing.

When Casanova found an iron rod in the prison yard, he realised he could form it into a digging tool. He spent a few months digging a tunnel from his cell, but his plan was brought to a swift end when he was moved to another cell. However, all was not lost, as he managed to conceal his digging tool from the prison guards. Kept under close watch in his cell, Casanova enlisted the help of the prisoner in the cell next to his. He gave the digging tool to the imprisoned monk named Balbi, who made a hole in his cell’s ceiling, climbed through, and made a hole in the ceiling of Casanova’s cell.

The two men escaped through the roof, but the drop to the canal was too great. Casanova prised open a dormer window and entered the Doge’s Palace, where they used a knotted bedsheet to lower themselves into the room, where they rested. The following morning, they met a guard and explained that they had been accidentally locked in the building after an official function. They were let out of the palace and escaped by gondola before they split up. From there, Casanova made his way to Paris, France.

Casanova and Balbi’s escape would not have been possible without out-of-the-box thinking, patience, teamwork, and sheer determination in the face of setbacks.

In January 1934, John Dillinger and the members of his Dillinger Gang were arrested in Tucson, Arizona. From there, he was extradited to Indiana, where he was imprisoned at Crown Point’s Lake County Jail to await charges for the murder of a police officer who was killed during a bank robbery the gang committed in East Chicago, Indiana, earlier that month. Local police told the press that the jail was escape-proof. Obviously unconvinced by their own claims, the police posted extra guards at the jail.

According to one version of events, Dillinger used a razor and a piece of washboard to whittle a fake gun over the next couple of months. In March that year, Dillinger pulled out his fake pistol during morning exercises. He caught the guards by surprise and, along with Herbert Youngblood, was able to escape from the jail without anyone firing a shot. Another version of the story claims that Dillinger may have been aided in his famous escape. In an unpublished interview with Dillinger’s attorney, investigator Art O’Leary claimed he sneaked the fake gun into the jail and gave it to the gangster.

Dillinger and his gang went on to commit more robberies before he eventually was shot and killed by police officers shortly after he left Chicago’s Biograph Theatre.

Timing, patience, planning, and depending on which version of the story you believe, patience went into Dillinger’s famous escape from the “escape-proof” Lake County Jail.

After being forced to surrender at Carberry Hill in June 1567, Mary, Queen of Scots, was imprisoned at Lochleven Castle and was forced to abdicate in favour of her son. Determined to regain her freedom if not her throne, Mary began plotting her great escape from the castle after her pleas for help to Queen Elizabeth and the queen of France were ignored.

In March 1568, Mary disguised herself as a washerwoman and tried to escape by boat. Her plan was brought to a swift end when the boatmen noticed her soft, white hands and beautiful face, and revealed her identity. Although Mary returned to the castle, her plan was never revealed to the guards. Undeterred by the failure of her first attempt, she started planning a second escape.

Mary befriended Willie Douglas, a teenage orphan who lived on the island and who played in important role in her second attempt. Sir William Douglas, the owner of the castle, was fond of Willie, so he was more than happy to allow Willie to organise that year’s May Day celebrations. Willie pegged all but one of the boats to the shore of the island, and then played the role of the Abbot of Unreason. When the revellers had drunk a good quantity of wine, he dropped his handkerchief over the castle gate keys while Sir William dozed at the table. Willie was met by Mary, who was disguised as a servant, and Jane Kennedy. The three left the castle and used the unpegged boat to row to the shore of the loch, from where she fled with supporters to the castle of Niddry.

Mary’s second escape attempt would not have been possible without teamwork involving supporters within the castle, careful planning, the timing of the May Day festivities, and no small amount of bravado.

Have you got the teamwork, lateral thinking, timing, and ingenuity to perform a great escape of your own? Find out in the escape rooms at Omescape London!