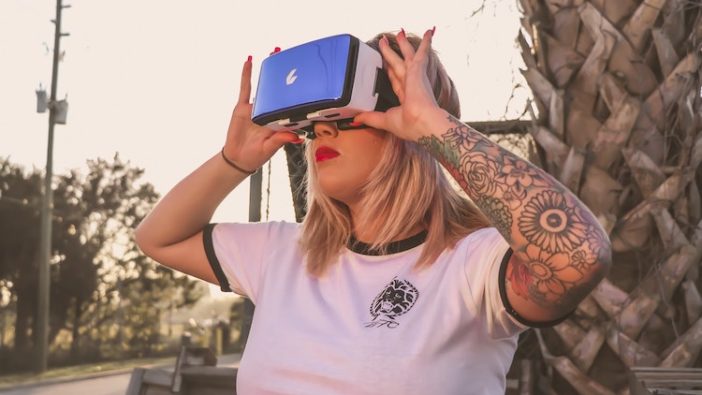 How do Real Life VR Games Compare to Console Games?

If you’ve always loved gaming, and you spent your childhood gaming with every kind of console available… you’ll likely still be obsessed with all kinds of gaming as an adult. Gaming (whether it be on your computer, on consoles, or on handheld devices) is so much fun, so nostalgic and gives you time to relax and enjoy your free time. That’s not something you tend to grow out of!

For those of us who still love gaming as adults, you’re still probably keeping up to date with all the new gaming devices and console options. We’ve seen loads of amazing technological advances in the world of gaming… consoles getting smaller, joint gaming, collaborative gaming, and (last but by no means least) real life VR games.

VR (short for virtual reality) is one of the biggest changes in gaming from the last few years. It started out as a relatively modest movement, with many people trying out cardboard headsets and little app games on their phones. But as the technology has gotten more advanced, the options and opportunities have grown, and the experiences have improved and become even more impressive.

Now, VR gaming is about the most fun you can have when gaming – it’s something that transforms the experience, and truly throws you into the action.

With a console game, the most you’ll be doing physically, is using your hands to control the console controller. This is the standard, and it’s absolutely fine – but it’s not as interesting and as involving as VR headsets and VR games. VR games will come with handsets and headsets, giving you a variety of methods to control and alter the actions within the game. This makes things more complex, but also more interesting and engaging.

You’re completely ‘inside’ the game

VR gaming is a little bit like Jumanji – you’re inside the game, completely – rather than just watching a screen in the context of your home. With a VR headset, you’re shielded from the outside world, and the gaming world becomes your only reality – it’s a powerful change in perspective and it heightens the experience of everything in the game. Everything you see is the game, everything you hear is the game – it’s truly on another level of realism.

Real life VR games are more exciting – because it feels more real. It’s hard to feel completely ‘in’ the game when you’re fully aware of your external surroundings (such as your bedroom, or living room). VR cuts that out, and puts the focus completely on the game. This heightened involvement makes it so much more exciting to be part of.

It’s take POV gaming to the next level

POV (which stands for point of view) is when you play the game as a character, and walk in their shoes throughout the game. VR games take this to the next level, as you feel like you’re truly seeing and experiencing everything they are. When you’re playing a mission-led game, or a character-led game, being inside the shoes of the main character is part of the fun, and VR games heighten this fun hugely. It’s like jumping into the game and taking on a new identity!

It has room to grow

Whereas console games are quite limited, VR games have so much room to grow, both inside the home and outside. There are many real-life VR games and experiences you can be a part of, where you’re giving VR headsets and put in an experience and space that you can freely move around in. We actually offer this at Omescape – and for many gamers, it’s the next step up in their experience of gaming. The ‘real-life’ VR experiences are epic, and because you’re free to move around in a large space, the experiences feel real and incredibly convincing. If you haven’t tried these… You need to!

Whether you’re new to gaming, or you’re a gaming addict – VR is the next level of gaming and the direction of gaming. It’s something that will capture your imagination, and really throw you into a new world of gaming, where everything is more exciting, more engaging and more convincing.