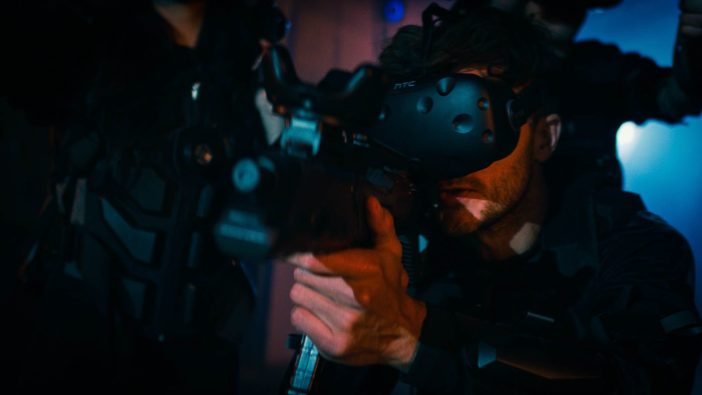 The Future Of Virtual Reality

The future of virtual reality (VR) is going to be a vibrant multisensory place – and this means exciting things for escape rooms.

Thanks to the growing trend toward extended reality (XR), players can expect more than just immersive 3D graphics as they aim to complete missions and escape to victory.

Just some of what the future may hold includes:

After a relatively lacklustre first few years, global gaming-related VR revenues are expected to climb to a staggering US$50 billion or more by 2026 or 2027. However, before we reach that figure and those dates, US consumers and businesses are expected to increase their spending on VR and augmented reality (AR) products eightfold.

In an article for Forbes, author and analyst Bernard Marr wrote that gaming will be the driving force in the future of VR. For now, the niche market accounted for a small portion – only $589 million – of the $126.6 billion spent on digital gaming in 2019.

The predicted growth depends on the technology being in place, although Marr is confident this will happen. If he is correct, that technology will make the Omescape London VR escape experience more immersive than ever.

At the moment, VR is all about sight and sound, but the technology’s future will involve as many of the other senses as possible. The result will be a far more immersive and more tactile experience in a virtual environment with a realistic feel.

With the technology as it is now, some players may feel a sense of vertigo when climbing, or they feel need to duck or dive when objects move toward them, in the world of VR. According to Marr, the technology and functionalities are better covered by the term ‘extended reality’ (XR). The term includes VR, augmented reality (AR), and mixed reality (MR), and we should be seeing more of it over the next five years or so.

The XR experience will be augmented by artificial intelligence (AI) and incredibly fast networking. AI should allow for personalised virtual worlds and characters, while the networking element should enable the experience to be offered as a cloud service. Other elements could include the use of water sprays, fragrances, and heating pads.

It’s likely we’ll see signs of the future of VR in gaming (escape rooms included) before we see it in other areas. The main reason for this is that the large gaming market is one in which consumers are willing to spend large amounts of money on engaging and impressive entertainment.

The VR experience at Omescape London currently includes games such as Arizona Sunshine LBVR, Huxley, Huxley 2, and Mind Horror. The first places players in the midst of a zombie apocalypse, the second sees players try to reverse an end-of-the-world situation, Huxley 2 is set in a 19th century steampunk world, and Mind Horror takes players into the mind of a serial killer so they can find the location of a kidnapped child.

Within a few years, players could see even more thrilling scenarios and be able to immerse themselves in virtual worlds that appeal to all the senses.