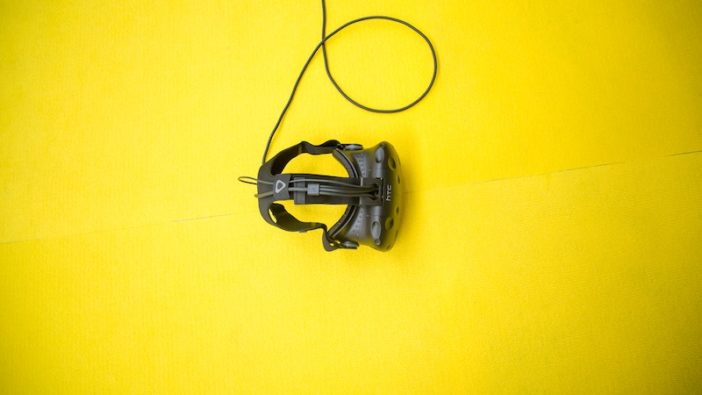 There’s no denying that technology has changed the way we see and experience the world around us. Take, for example, the internet. The internet was one of the biggest technological advancements of the last century and it has changed how we communicate, how we live, how we travel… it’s effects on modern life, and how we live it, have been endless.

VR and AR are two major technological advancements that have also changed the way we do things and see things, especially the latter. But as the definitions for these terms are so close, and we see so much growth in technology – it’s easy to confuse VR and AR.

Here we’ll talk about what makes them different, and how they’re each changing the world, and the way we see it.

AR and VR – what do they stand for?

We’re guessing if you’re reading this blog post, that you already know what these abbreviations stand for. But if not, here’s a quick recap.

It’s easy to see why people can so easily get them mixed up – they’re both based around the concept of viewing the world in a different way.

But what makes them different?

The definition of ‘augmented reality’ is this:

“A technology that superimposes a computer-generated image on a user’s view of the real world, thus providing a composite view”

This means that augmented reality is presented a slightly altered view of the same reality – rather than a completely new or alternative one. AR is putting layer of information (it could be text or imagines) on top of the real world you see, and augmenting it.

If you’re still a little confused, it’s good to think of it in terms of real-life situations. One of the most common places you can find augmented reality is on certain smartphone apps and games. Apps often use AR for fun reasons, creating immersive games that combine technology and the ‘real world’. Think about Pokémon GO for example, where you hunt for ‘digital and augmented” creatures in your real world setting.  Snapchat and Instagram also use a very basic version of AR with their live / responsive face filters that recognise your expressions and features and give you an augmented version of your face to communicate through.

Other common uses for AR in the app world are on travel sites (where you can hold your camera up to certain tourist sites and receive information tailored to what’s on screen) and even real estate apps, and restaurant apps too.

How does that differ to Virtual Reality (VR)?

The definition of virtual reality is:

“The computer-generated simulation of a three-dimensional image or environment that can be interacted with in a seemingly real or physical way by a person using special electronic equipment, such as a helmet with a screen inside or gloves fitted with sensors”

Virtual reality is a form of escapism (many would argue!) where you replace the world around you, with an alternative, often fantasy, environment that has been created completely virtually and digitally. Virtual reality is hugely popular in the gaming industry, and it’s a tool that many game directors have embraced to make their games more enthralling, more immersive and more exciting.

As well as gaming, virtual reality is incredible for exploration and education – and is often used in schools and universities. For example, with virtual reality apps, you can now explore parts of the world never accessible to you before (whether because of time, mobility, money or physics). You could explore a 5* hotel in NYC and then take a walk in Central Park, or you could explore the surface of Mars or the Great Barrier Reef. Without ever leaving your front room or lecture hall.

The idea of VR is that it is whisks you away to another world, or another place, or another time – and the experience is so immersive (and 360) that it’s convincing and exciting to be part of.

Which do you prefer?

If there is a version of reality that you prefer?

AR and VR are used across the world now, and as technology continues to advance we’ll see AR and VR rising into everyday life more and more. Have you tried AR or VR, let us know in the comments.