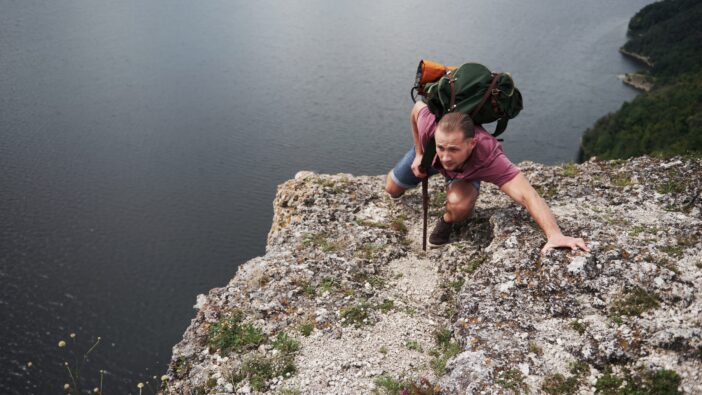 You’re solving puzzles to save yourself from a growing threat when suddenly, your body’s survival mode triggers: your heart rate increases, and you experience a burst of energy. In that moment, you’re overcome with the near-overwhelming need to either face the challenge or to run as fast and as far away as possible – only, when you’re in one of Omescape’s escape rooms, fleeing isn’t an option.

The experience we’ve just described briefly is something that happens regularly in our escape rooms, which are designed to stimulate the body’s survival mode. In that state, your body releases adrenaline, a hormone that can help you to focus on the situation in which you find yourself and the tasks you must perform. The hormone can also make your brain perform faster.

There’s more to survival mode, of course. Let’s dive in and take a closer look.

According to Danielle Render Turmaud, M.S., NCC, survival mode is the collective name for various adaptive physiological changes that happen in our bodies when we’re faced with one or more causes of stress. Those changes, which are caused by the release of hormones and physiological responses to them, can help us respond to those stressors by preparing us to fight, flight, or freeze.

Rather than being set in stone, the way we experience survival mode can change – and one of the easiest ways to ensure you’re in the first 10% is to understand what happens when that mode triggers in your body.

What Happens In Your Body

Omescape’s physical and online escape rooms are designed to trigger survival mode. The clever combination of props, visuals, sound effects, and other elements combine to trick your brain into believing that you’re in imminent danger. As soon as your brain is fooled, the sympathetic nervous system kicks in and takes control of your body, releasing the hormones adrenaline, norepinephrine, and cortisol in the process.

The adrenaline and norepinephrine increase glucose production and release, giving you an intense energy boost. Next, your lungs expand (bronchial dilation) to be able to absorb more oxygen, your heart rate increases, and your pupils dilate.

Your blood then will be directed from your skin and digestive system to your major skeletal muscles, which increases their strength and improves your ability to act quickly. The slow release of cortisol into your body suppresses digestive and immune system responses (in case you need to fight), and it enables your body to sustain survival mode over a period of time.

In situations where the fight-or-flight response is sustained, the sympathetic nervous system can deplete your glycogen and fat reserves. This could lead to an energy crash, and to the limbic system (the brain’s ‘primitive’ portion) taking over from the more developed frontal lobe, which leads to behavior that’s irrational, impulsive, and illogical behavior. The frontal lobe’s activity and rational thought will increase as panic decreases.

How To Navigate Survival Mode

According to wilderness survival instructor Kyle Allred, the most common way to navigate survival mode is to stay focused on the task you need to complete. Rather than acting in haste, spend a few moments assessing the situation. Then break down the larger task into several smaller goals that you can prioritize.

Trying to free yourself from one of Omescape’s escape rooms is one of the safest and surest ways of experiencing your body’s survival mode in a way that’s not actually dangerous.