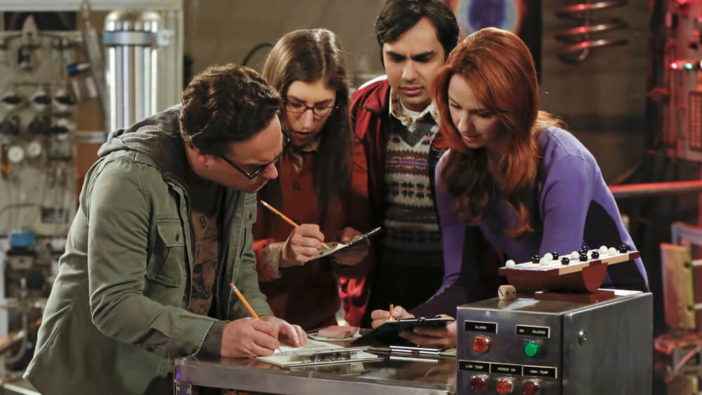 What TV Shows can Teach Us About Escape Rooms

Over the past few years, escape rooms have boomed in popularity – it seems as though every city has at least one now! From employees to families, tons of people have jumped on board the hype and joined in the fun, solving puzzles to beat the clock and escape the room.

So, who’s been featuring these puzzle-based games and what can we learn from them?

When it comes to escape rooms in TV shows, one of the most obvious is the episode in The Big Bang Theory. In season 8 episode 16, the geeky gang head to an escape room together – Dr. David Saltzberg’s lab, to be precise. The doctor had been experimenting on slowing the process of ageing before a huge accident took place and turned the kind, nice man into a not-so-nice zombie. The gang had to solve puzzles to escape the room before the doctor zombie got them.

Of course, the characters on this show are super smart scientists with brains that are more than capable of solving puzzles. Whilst they have an hour to solve the room, they escape within six minutes – a pretty amazing feat, if you ask us! Watching the show, you can see more of what you can expect in escape rooms, including amazing props and linked clues. Just remember that they may make it look easy, but that’s definitely not the case!

In an episode of Conan, talkshow host Conan takes his producer to try an escape room. This one is 1940’s themed and set in a detective’s office in downtown Los Angeles, where the two have two solve a series of clues about crimes to get out of the room. If you want to see a more realistic – if slightly exaggerated for comedy – example of an escape room, this TV show does it perfectly!

These two take over an hour to escape and find the clues complex and intriguing; just as they should be. It also shows how much fun the rooms can be, and that you don’t have to be great at puzzle-solving to enjoy them!

In season 5 episode 5 of American sitcom 2 Broke Girls, the manager of the diner the main characters work at shuts the place for an evening with the purpose of taking his staff out. He chooses an escape room for their night of fun, and a lot of drama ensues! This room is themed on Alice in Wonderland and there’s some tension between the team as they try to work out how to escape. The character of Caroline is clearly the star of the game, solving puzzles quickly, but soon she finds herself stuck and needs the help of her friend. Whilst trapped, their issues are resolved and the team work together to get out.

We think this episode is a great example of how escape rooms can be used by workplaces for team building, and also teach players valuable lessons about working together. So, if you want to bring your employees closer together, head to an escape room asap! The props in this room are also incredible, and we’d recommend the episode just so you can check those out.

In this episode of hit comedy TV show Modern Family, titled ‘The Escape’, Gloria, Phil, and Cam leave the rest of the family at a nursing home to go to an escape room. However, they quickly get trapped in a basement with seemingly no way out. What ensues is the equivalent of a real-life escape room, where the three find clues and use their puzzle-solving skills to eventually locate the keys to get out. It definitely isn’t your usual escape room, but we loved it!

This episode shows us that escape room puzzles can be found in all kinds of situations, and one day the same skills used in the games could get you out of some tricky situations. It’s also very funny and well worth a watch!

As escape room enthusiasts, it’s no surprise that our team at Omescape love watching these episodes, and there are plenty more great shows and movies out there that feature escape rooms! If you’ve watched some of them and want to test out your own puzzle-solving skills in themed escape rooms, why not check out Omescape? Our rooms are all designed with great stories and awesome clues, and you’ll have tons of fun trying to beat the clock!

If you have any questions, be sure to get in touch with our team today, or book in for a session and start hunting for clues.