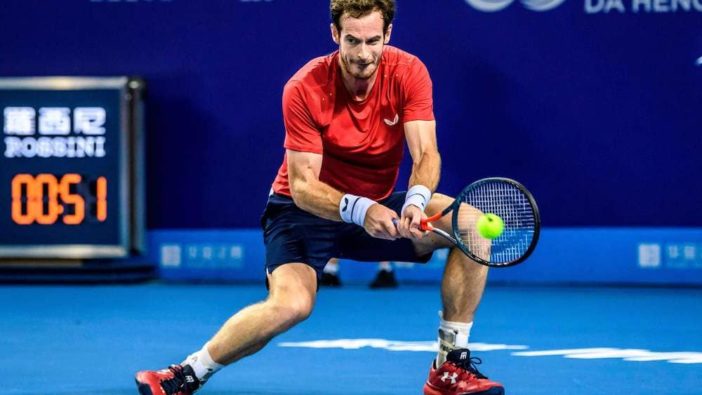 Andy Murray and His Love of Escape Rooms

Andy Murray is a name synonymous with many things; tennis, Wimbledon, and a thick Scottish accent to list just a few. But, did you know he’s also a lover of escape rooms? It seems the UK’s tennis great has also become a puzzle-solver extraordinaire, turning his hand to riddles rather than rackets.

The love-affair began after Murray’s pretty terrible start to 2019, which saw him considering retirement as chronic hip pain got in the way of his game. Eventually, though, Murray opted instead for an operation that involved grafting a metal socket onto the top of his femur – it doesn’t sound too appealing to us! But, of course, considering the alternative this operation was incredible, with Murray himself describing it as ‘Brilliant, completely life changing’.

The hip pain, thought of retirement, and eventual surgery has taken a toll on Murray, but not a bad one. These days, he’s been reported to be more lighthearted and warm in the run up to games, whereas before he was steely and serious, and is taking more time out to enjoy all the fun life has to offer – including escape rooms.

It’s been no secret that Andy Murray has developed a love for escape rooms, with tons of interviews citing him talking about them – and we don’t blame him! It’s no surprise that a man who’s been used to heavy competition his whole life would grow to love these high-thrill, adrenaline-inducing games where he gets to both be competitive against the clock and work as a team.

Use of Escape Rooms

When asked to describe the games, he explains ‘You are locked in a room and you have 60 minutes to get out’, before going onto to talk about the fact that there are ‘lots of different clues and puzzles to solve’, finally summarising that ‘You have to work stuff out’. Well put, Murray.

In an interview on BBC Breakfast, you even get to see Murray at work in an escape room, solving puzzles and finding clues with the host. He says of the game ‘I love it… I love it’ with a big, signature grin that shows just how much he really does. ‘I’d heard about them but never tried it,’ he goes on to say, ‘and then I went with my wife and a couple of friends and loved it. It was just a good way to spend an hour.’

We imagine the significance of escape rooms increased as he was going through surgery and debating his future. As he said, ‘Tennis is very important to me, but it’s not ahead of my health and it’s not ahead of my family’. Being out of the game for a while opened him up to new experiences, such as escape rooms, which helped him recofus his values and find more time for family and fun, not just ruthless competition. Escape rooms, we imagine, became a relief; a taste of competition that he could enjoy with those he loved.

At the end of the interview, we see another moment of the new Murray’s lighthearted humor as he jokes with the host that he’s ‘pretty disappointed’ with her effort. Maybe it’s the time off, or maybe it’s the escape rooms, but Murray certainly seems to be in a great place now that he wasn’t when 2019 began.

If you want to see what the fuss is all about – and maybe bump into Andy Murray if you’re lucky! – come and try out one of our escape rooms at Omescape. With rooms across the world and a love for creating immersive experiences for all the family, you’ll find plenty of fun with us. Here are just some of our rooms with a little more about what to expect:

Find out more about our escape rooms and let us know of any questions you might have by getting in touch with our team.